The autobiography which provides the framework of this volume is a gripping personal odyssey by a true raconteur. What quickly becomes apparent to the reader is that he may be part of the West’s dying breed: an individual who combines the qualities of “man’s man” and “ladies’ man” in a single, eager, but moral and modest personality.

The most detailed of Wilson’s working hypotheses — all of which are eminently credible and seriously worked out — concerns the outbreak of BBC- and CNN-induced blind panic (“simply skedaddle at the very first sign of a threat”) among Western expatriates in the (unthreatened) lower Arabian Gulf during the months leading up to the 1991 Gulf War.

This embarrassing episode, he argues, induced the Gulf Arabs to surmise correctly that these mind-manipulated expats were not quite the men their fathers were, and no longer to be entrusted with the development of the region.

Subsequently, the Arabian states around the Persian Gulf — with Abu Dhabi, the UAE’s capital, acting as vanguard — quickly struck a massive and near-secret deal to replace the existing hierarchy of expatriates with far cheaper, more biddable, and less qualified Indians. Meanwhile, in petrodollar-determined Saudi Arabia, this coordinated replacement project was fulfilled by Egyptian and Filipino manpower.

All of what Wilson traces in this book — as set out in a rich variety of models — is but one element of the (still Western-led) “New World Order” that was formally announced in 1991, and which increasingly gathered steam throughout that decade of the 1990s: the same period characterised by the scandal-ridden Clinton White House.

This book is a treasure trove of signposts and observations which [readers] of any persuasion will appreciate for its honesty, coherence and style. This being so, the second volume (slated to describe his eclectic experiences of India) promises to be equally informative. 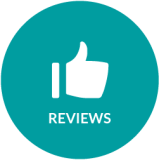 This review is from: Outsourced World: Seducing Goddess Durga During The Clinton Era (Kindle Edition)

“I have a habit of diverging strongly from what most might loosely call received wisdom. If a book cannot at least challenge opinions or pre-conceived ideas then why read it?”

I have the same feelings about books – sometimes I do want to step into a world of fantasy, but sometimes I want to be challenged, I want to learn from someone else’s experiences and insights, and I want to hear a unique perspective. If you want the same, I urge you to pick up a copy of G. R. Wilson’s unforgettable and completely unique memoir.

In a story worthy of TV serialization (I’m thinking Bryan Cranston to play Wilson), we travel through multiple continents, take on multiple interesting contracts, and hope for some sort of financial stability.

Furthermore, get ready for some political insights that will blow your mind…the 1990’s may have just ruined it for us Millenials.

Click Here To View My Posts On CARBON (Blockchain)

Read the public blurb for my book {Outsourced World / Book-1} as posted on the esteemed, GoodKindles website. CLICK HERE